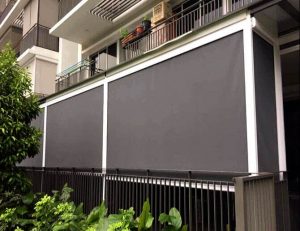 The Hills District Sydney, popularly called The Hills in Aussie, is a conglomerate of suburbs that lies to the Northern Part of Sydney. It stretches from the following:

The suburbs are governed by The Hills Shire and Hornsby Shire local government areas.

History Of The Region

The Hills were inhabited by the Dharug Aboriginals from around 40,000 BC, especially water bodies. They started trade relations with surrounding clans in the region which included the Boorooberongal in the northwest. Several archaeological shreds of evidence were found in the rock dwellings, which date back to 12,000 years.

The Coming of Europeans

The district was surveyed by Governor Arthur Philip, who was in search of a new area for settlement. In 1794, William Joyce, a convict, received the first land grant in the area located on the east of Hawkesbury Road. In the same year, the road was built which stretched from the government farm to Hawkesbury. amatta with Windsor, and the original road started from the Prospect road, which is now known

The Government Farm was built in 1801, which was the third of its kind in Australia. Castle Hill was established from the junction up to the farm and still survives today. The Farm was converted to a lunatic asylum in 1811 but closed down in 1826.

The Historic Roads Of Windsor

Windsor roads are historic in Australia and connect Parras the Western Highway. The Windsor Toll House was constructed in 1835 near South Creek, and the Windsor Roads are now among the most well-established roads connected by state buses.

The Northern Hills is operated by several bus routes like Hillsbus, Busways, and State Transport Transits. It is the North-West-T-way that connects the district with Blacktown, Parramatta, and Rouse Hill.

The area is also served by the Parramatta Light Railway project and Metro-North West Line, which was contrived in May 2019.

You don’t precisely purchase blinds out of impulse like a pack of cookies or candies. Choosing your favourite blind requires thoughtful consideration about your requirement, styles of operation and costs. If you love the outside, True Value Outdoor Blinds have an excellent selection and a wide variety.

What Should You Consider?

Before searching on the internet or searching at your neighbourhood store, reflect on the motivations behind purchasing a blind. Define your unique requirements, walk into your backyard or glance at your pergola about what’s missing. We have blinds for every need with us, and you will be spoilt for choice.

If you are undecided and bombarded by commercials, speak to our reps at True Value Outdoor Blinds today. We will provide you with measurement guides and discuss the available choices, which will help you zero down the final choice. Our decorators will find the right size and customizable options for your next blind purchase.

There's never been a better way to transform your home